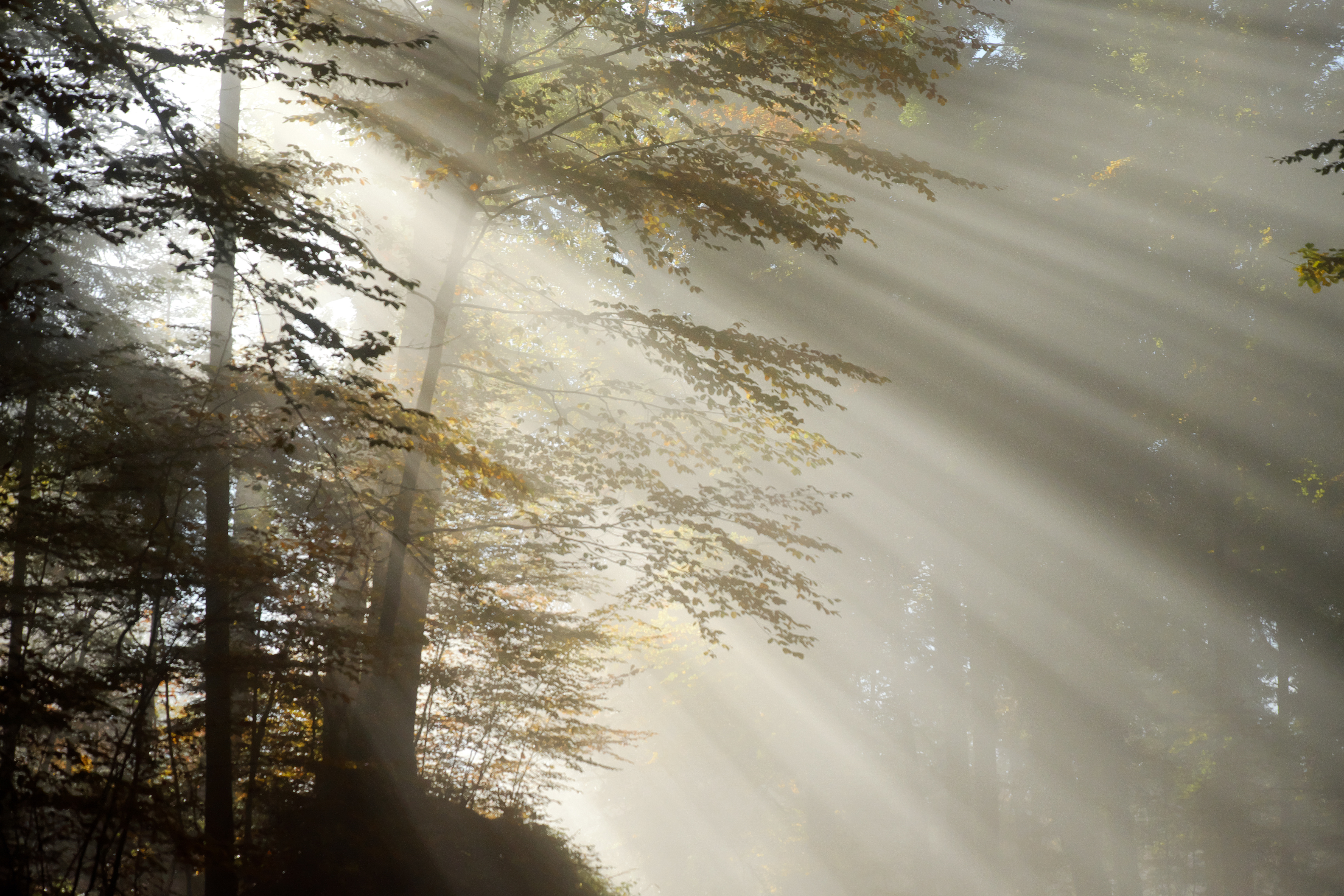 I am a proud and self-proclaimed nomad, always on the lookout for fresh pasture. I can pack up my essentials and be on my way in less than five minutes. A relative once said that it’s easy for me to be a nomad because I don’t really have anything. But in my eyes, I have everything any modern nomad could possibly need. A 9 1/2-foot, 6-weight St. Croix rod, a new laptop, a car, and a GPS. Oh yes, some clothes and some personal hygiene products. But while my Buick camel and I can easily travel anywhere in a moment, I have a collection of memories stored in the foundations of my happily divorced parents. I’ve never seen the TV shows “Hoarders” or “Intervention,” but one of my family members might one day nominate me to star in an upcoming episode of both.

Now remember, after reading this, you’ll think to yourself, “he couldn’t have made those things up.”

I gave away my wooden massage tool shaped like Taiwanese women’s breasts and the replica Iranian battle ax and chainmail helmet. Sure, it would be silly to have things like that lying around for no reason. I only keep important junk, things worth precious storage space.

While looking for a hammer the other day, I stumbled upon my copy of a Selective Service System “registration acknowledgment.” You never know, 35 years later, when your military recruit status might come up during a job interview. Along with this document are the test results that revealed what career he could succeed in in the near future. “You should consider ‘Truck Driver’.” Damn, that’s where I went wrong in life! Stupid restaurants. My DAT (Differential Aptitude Test) results actually look a bit more on point. Abstract Reasoning and Verbal Reasoning-at the 95th percentile. Spatial Relations-30%. I can figure it out myself, but don’t stay too close. That’s how I read it.

In a treasure box are my teddy bears that I used to play with as a child. Smokey and JoJo. Don’t tell them if you see them, but they look worse than me after all these years. Now the name “Smokey”, I understand. Smokey the bear. Belt, cap, badge and all. Goal JoJo? Inspired by Jo Jo White/Boston Celtics point guard? He hadn’t even been drafted into the NBA at this point. Who knows.

There are lots and lots of valentines from elementary school. There were no transgender cards available back then. Everyone gave everyone a card. “Be my Valentine, signed Ralph.” I don’t mean to be a homophobe, Ralph, but I still have wary eyes on you, even after 45 years. As I matured, so did the cards. I kept piles of letters and cards from the first love of my life. And the second. And a couple of a younger girl who promised me all kinds of immoral acts. I didn’t really like it, but it was a good read. And what a little romantic shit I was as a teenager. I wrote a poem for my first love who dreamed of living in a cave in Bolivia. “Give me a blonde and a bottle of rum and everything will be fine.” Nice try, but it didn’t work.

For some reason, I have several report cards from my mother’s elementary school. It was probably a leverage/trading tool back in the days when I was bringing home my own less than stellar grades from high school. A quick scan of my college transcripts shows surprising success in chemistry and biology classes (thanks, Mrs. Bauserman), but total disinterest in electives like 16th-century music. Heck, in my defense, you had to WALK to the library to hear rocker Hans Neusidler and the orchestra without electric guitars from him.

Grandpa Knode was a Free Mason. Thomas Jefferson, George Washington and Grandpa. Along with his embossed certificate of membership in the secret chapter of the District of Columbia, he kept his Masonic apron and his charter book forever.

Grandma Knode worked as a secretary for Senator Millard Tydings. The senator gave him a monogrammed wooden box that was on his desk as a token of appreciation, after he left office in 1950. That wooden box is now in my mom’s basement and contains a recipe written by me. Aunt B. The recipe is from Grandma Knode for “24-Hour Salad,” which is now a traditional dish served annually at our family’s Thanksgiving dinners.

Grandpa Lambert worked during a period of time when a man’s word and a handshake meant more than any written contract. A receipt I have, handwritten in the 1940s, was probably given to him as a monthly reminder by a local gas station; Bagged ice and gas for an outrageous total of $3.10. Obvious increase in prices. There are some birthday cards from Grandpa and Grandma Lambert. And several birthday cards from my Aunt Dot. On her way to family sainthood status, religiously every year, Aunt Dot would send birthday cards, each containing a five dollar bill, to me, my two sisters, and our 23 cousins. Each and every year, no matter where you lived. “How did she know I was in Savannah for three months this year?” Even if you didn’t remember it was your birthday, you did after checking your mailbox.

There’s an issue of The Weekly World News, the now-defunct, mostly fictitious tabloid news publication, that I’ve always found hilarious. My girlfriend at the time had outdone me by moving out of our house while I was away at work. She later left this edition as some kind of weird peace offering, knowing that I found sarcasm very amusing. “Redneck Aliens Takeover Trailer Park” The image of a husband and wife, who had witnessed the invasion, was stoically captioned saying “There goes the neighborhood.” I think giving this gift had a doubly sarcastic message behind it. She was good at it.

Fishing has always been a big part of my life and the bases are dotted with all kinds of fishing relics. A 40 year old automatic fly reel that came mounted on my first fly rod is still rigged with the original fly line, cured forever with Shenandoah water. There’s an old wicker basket that Neil Armstrong gave me. Not the astronaut, silly. The UPS guy who was my bar buddy years ago at The Boston Beanery. His uncle had passed away and he literally gave her the farm. Three ancient bamboo fly rods were discovered in the barn. “Well Neil, that’s all Montague reeds, you might want to check their value.” A couple of weeks and a couple of thousand dollars later, I received that basket of basket as a referral commission. Safely secured in a roof rack built by my dad are another half dozen fly rods. Because, you know, you can never have too many fishing rods.

I was once almost a father, but he died in the womb. Hidden in a box in the corner of the basement is a photo of Andrew, which was supposed to help with the grieving process. doesn’t work The image sits on top of a couple of self-help books that were given away, one of which is titled “The Father-To-Be.” I wish I had, but I never took the time to read those books.

My only younger sister had some serious homesickness during her first summer camp experience. A letter she had sent from camp, addressed to me and my other sister, was written on the second day at Camp Strawderman. The now empty letter contained a single stick of gum. The letter said: “The gum is for Robin and Mary.”

I wonder if I ever paid this Dulles airport parking ticket. I had left my car unattended for two minutes near the main gates of the airport, while helping my Bulgarian friend Lucy with her luggage, in a hasty attempt to catch her 6 AM flight home. I guess since I have the ticket in my hand, that’s not a good sign. Was not my car not how.

Then an ex-wife came barking at my house one day, accusing me of possessing a set of fine china that we had received as a wedding present. I wholeheartedly denied any knowledge of the flowery pattern of plates and coffee cups, knowing full well the definition of a fifty/fifty split. She gets 100% and I get zero. One afternoon, years later, I was looking for something ‘really’ important in my little mountain of memories, when I found box after box full of old newspapers. The Free Lance-Star of Fredericksburg to be exact. Well thanks fun, I used to live in Fredericksburg when I was married. Oh! I’d give that china set for free, but it seems to make food taste sour. (But a little revenge tastes sweet) So in the basement he sits.

Before the days when OCD and ADD were invented, my childhood friend Stan and I would spend hours playing my electric soccer game. To the ignorant, electric football kits were a small metal playing field vibrated by an electric motor, which created the movement of the small plastic figures of football players. It was very noisy and a lot of fun for a child. But by being so competitive, even at a young age, Stan and I took it to a whole new level of intensity. I have the spiral notebooks, full of plays and formations, that we write by hand and develop over time; we even kept detailed game statistics. Spiral notebooks, the still-functioning playing field, and six plastic bags filled with tiny players in official NFL team colors sit comfortably in the basement, alongside brochures from the coach’s new football playbook. Read that we get once a week before math class in my senior year of high school.

There’s the lucky yellow rabbit’s foot that I wore on the belt loop of my Little League uniform. Several engraved leather bracelets and a Saint Christopher necklace. A Happy Turkey Day card, the image of the turkey created with my goddaughter Rachel’s tiny watercolor stained left hand. An 8mm print of “I’m a Teenage Werewolf.” I must have missed Mr. Magoo’s.

Wait a minute, is that Zeppelin on the radio? Good times, bad times… You know I had my share…